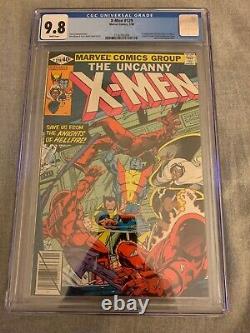 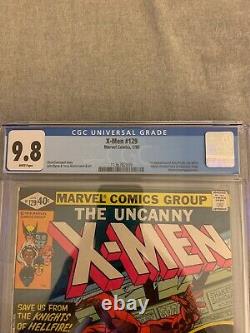 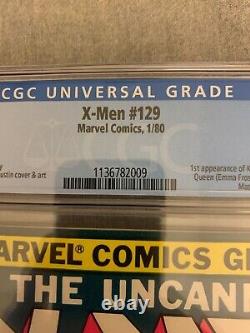 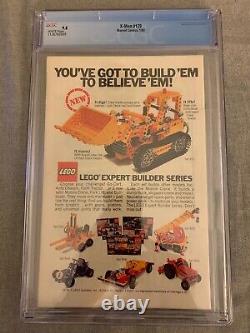 1st app of Kitty Pryde, the White Queen (Emma Frost) and Sebastian Shaw. Just back from getting reslabbed from CGC. Cyclops extends offers to Madrox, Havok and Polaris to join the X-Men as Banshees replacement. Each of them respectfully decline and so the X-Men leave. Phoenix leaves with them, however, having finally rejoined the team.

As the Blackbird cruises over the Atlantic, another private jet owned by the Hellfire Club transports Jason Wyngarde to the States as well. He once again causes Jean to experience hallucinations of being an 18th century noblewoman who in love with his own ancestor.

Jean had previously assumed her visions were some manifestation of Proteuss reality-warping ability, but now thinks to herself that her Phoenix abilities may be causing her to experience actual timeslips, perhaps experiencing the life of an ancestor of hers. Scotts approach snaps her out of this supposed timeslip and the two discuss their relationship. Jean lets him know that shes gotten glimpses of Colleen Wing from the other X-Mens thoughts. Scott assures her that his brief romance with Colleen Wing only happened because he thought Jean was dead and that Colleen is a friend, nothing more. The two confess their love for each other and share a kiss.

As the Blackbird approaches the X-Mansion, the team is alerted that the security perimeter has been breached. Over the next few days, Scott and Jean spend a lot of time catching up. The couple are approaching the Danger Room when Wolverine suddenly storms out of it. Scott realizes that Professor X (who has had very little time actively leading the new team) is using the same heavy-handed methods he used to mentor the original team.

Scott advises him that the new team is not a group of teenagers and that hes learned that he must use a different approach with them. Xavier dismisses this advice, suggesting that Cyclopss own confessed inability to discipline the team was a failure of leadership. Before their argument can continue, Cerebro alerts them to the existence of two new mutants whose powers have manifested, one in Chicago and the other in New York. The Professor mobilizes the X-Men to investigate the two new mutants: he will lead half the team to Chicago while Scott takes the other half to New York.

The team is unaware that they are being spied on by the inner circle of the Hellfire Club, which includes Jason Wyngarde. The shadowy members of the Hellfire Club want to acquire these mutants before the X-Men do. The Clubs White Queen is dispatched to deal with the one in Chicago, while Jason Wyngarde is sent to deal with the one in New York. Emma Frost (the White Queen in her civilian guise), who is headmistress of the exclusive Massachusetts Academy. Frost and realizes that the fact that her parents are discussing sending her to a private school means that her parents intend to split up. She lays down on her bed in her upstairs bedroom to rest as a migraine hits her. After enduring the pain for a few moments, she opens her eyes to find herself on the floor of the living room! Fled, she rushes back up to her room just as her parents see Ms. Frost out and welcome their next visitors: Charles Xavier, accompanied by Ororo, Peter and Logan. Frost, Xavier is seeking Kitty as a student at his own school. Kitty spies on Xavier and his students and decides they are much more interesting. In particular, she thinks that Peter is cute!

While Charles talks with Kittys parents, the rest of the team take her down to a local malt shop to get acquainted. Kitty strikes up an instant friendship with Ororo, who confides to her that they are the X-Men, much to Kitty's surprise. Meanwhile, Logan and a flustered Peter check out a few girly mags in the stores racks. Just then, three armored mercenaries barrel through the storefront window and attack the three X-Men.

Each of the X-Mens attackers has find that they has armor specially equipped to neutralize their abilities. As the fight erupts, Kitty cringes in fear and is extremely surprised when she passes right through the outside wall, landing in the alleyway behind the shop. Before she can fully comprehend what happened, she passes out. Storm hasnt noticed exactly how Kitty departed but is relieved to see that shes gone. Meanwhile, the X-Men realize that they can defeat their enemies if they switch opponents; they then easily trounce their attackers.

Their victory is brief, though, as they are then struck down by a powerful psionic bolt from the White Queen. She orders more minions to take the X-Men prisoner. As they all speed away, the Queen detonates explosives laced within her defeated minions armor, killing them as the penalty for their failure. The Hellfire Clubs vehicle speeds away while the White Queen orders the X-Men to be stripped out of their uniforms. When asked what she intends to do about Kitty, she dismisses her, convinced that she can get her any time she wants.

Unbeknownst to them, Kitty has used her newfound phasing ability to sneak aboard the hovercraft. She wonders how she can possibly save her new friends all by herself.

The seller is "713462" and is located in Friendswood, Texas. This item can be shipped to United States.