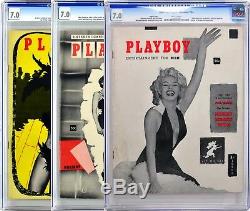 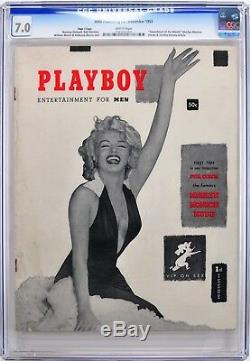 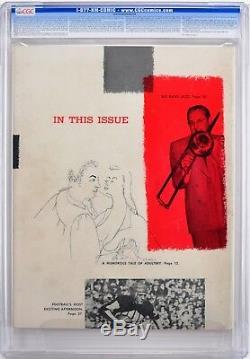 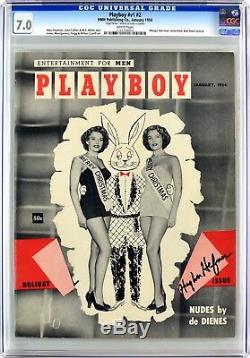 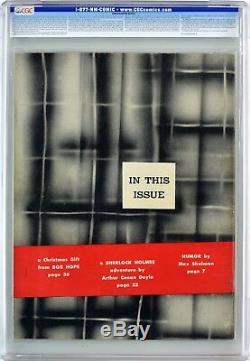 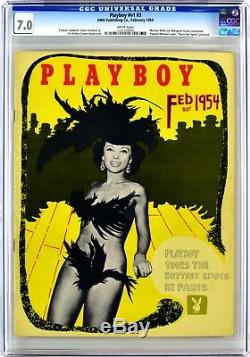 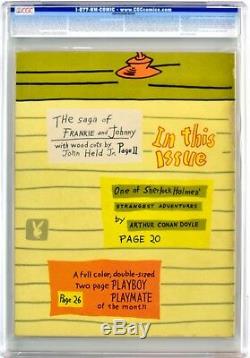 The history of PLAYBOY Magazine's " PAGE 3 " first edition. Back in the mid 1980s Doug Tracy of THE CENTERFOLD SHOP , during one of his personal visits with Hugh Hefner, decided to ask him about the mysterious rumors surrounding the PAGE 3 copy of the first edition of PLAYBOY Magazine. At first, Hef was quite hesitant to share anything specific regarding this anomaly. Only after Doug presented him with two near mint "PAGE 3" issues. Now with CGC grades of 9.2 and a record 9.6.

Did Hef agree to discuss its origin. He admitted the "PAGE 3" was a mistake and that the page numbering of his inaugural issue was always intended to begin with number six, for which he had a logical explanation.

While working for Esquire Magazine, Hef learned that future advertising revenue would be linked to several factors... One of which included the total number of pages in a periodical. It was not uncommon for first-time publishers to count the front cover as pages one and two (plus adding two more mythical digits by including the back cover) to boost the page count. Hef went on to say that the first inside page was technically number three, however it was not designated as such to avoid the possibility of readers thinking that the first two pages were missing.

Unfortunately, at the very beginning of the original print run, a typesetter (per the request of Hefs art director) added the number three believing he was correcting an obvious oversight. As any serious collector knows, Hef was a perfectionist and very hands on in all facets of his new enterprise. He quickly discovered the glaring modification to his original design. Hef told Doug this made him very upset and he ordered the copies to be destroyed.

Much to his dismay, some of the issues had already made it to distribution. Hef said he did everything in his power to correct the problem, including calling on select vendors to destroy copies containing the error. He even dispatched friends and colleagues to locate as many of the rogue editions as possible and remove them from newsstands.

Ultimately, some of the issues reached the hands of readers and eventually came to be known as the PAGE 3 Edition. The moniker, "PAGE 3" Edition , was coined by Doug Tracy and reported to PLAYBOY Enterprises and his customers as early as 1970. Hef estimated that less than 500 "PAGE 3" copies entered circulation and very few survived the many years to follow. For collectors, archivists, and investors alike, rarity equals value. This explains why the "PAGE 3" variant always commands a premium over Hef's astonishingly prolific, autographed , newsstand Vol.

Thank you, we appreciate your time. In PLAYBOY MAGAZINES from the.

The seller is "hmhpubs1953" and is located in Ellicott City, Maryland. This item can be shipped to United States.