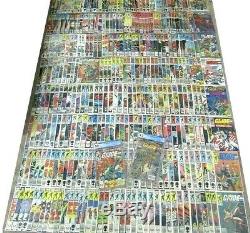 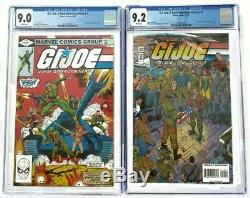 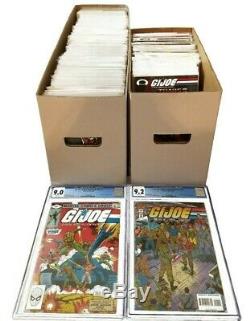 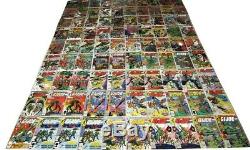 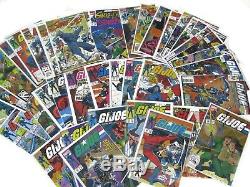 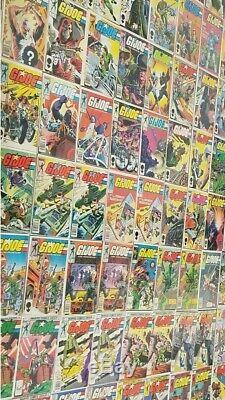 This One of a Kind, Epic GI Joe Comic Book Collection, Includes all the Key Issues and 2 CGC Graded G. 1 Long Box & 1 Short Box FULL of Comics, 345 COMICS IN ALL. Total Collection averages FN/VF or better: An above-average collectible with a major defect or an accumulation of small defects.

Please see the many photos and the manifest pasted below to get a sense of what's included and condition. All the Big Key issues are in VF to VF/NM or better, that's Issues# 1, 2, 21 150, 155 and a few other keys. Whether you are collecting or giving as a special gift, this is the kind of collection a GI Joe Fan would cherish. Give the priceless gift of nostalgia. Relive timeless memories and pass your collection down to the next generation of Joe's. Great gift for Father's Day, Birthday or just because... Books will be packed and double packed with extreme care. Thick box with lots of strong protective boards, tons of bubble wrap and an extra weather proof layer. Check our feedback so you can shop with confidence. We look forward to hearing from you soon. MARVEL GI JOE A Real American Hero. 2 copies, 1 CGC 9.0 , 1 Raw 1st Print VF+ Condition or better.